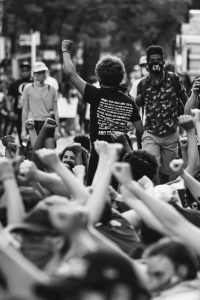 The Occupy Oakland protest on the front page of the New York Times website immediately caught my attention because of its close proximity to home and got me thinking about the potential direction of the greater Occupy movement. The Occupy movement has swept across America and the world like wildfire, mobilizing angry protestors in cities including New York, Chicago, Boston, Atlanta, London, Phoenix and San Francisco, and 78 other countries. The movement undoubtedly launches a powerful message against Wall Street and policymakers, representing the anger of the 99% over the government’s weak regulation and bailout of Wall Street and its business interests. The mere scale and strength of the movement are truly inspiring, giving a glimpse of hope for timely reform in America.

However, while protestors hold picket signs and chant about the strength of the 99% against the minority 1% elites of America, I cannot stop coming back to Mancur Olson’s theory of the collective action dilemma. The strength of the 99% lies in numbers – you basically have more people on your side than the 1%. This argument, however, rests on the assumption that the movement will be able to mobilize and maintain the continuous support of this majority towards a common end. Without a common agenda or manifesto that can sustain the movement beyond the initial emotional outcry, being the 99% may be a weakness that quickly dismantles the movement from within because of the idiosyncratic interests and goals that arise from the heterogeneity of the 99%. The 1% simply has a more homogenous front and resources to counteract the efforts of the movement.

While having an elusively general, open-ended agenda held together by the common threat of anger against Wall Street brought together a diverse group of protestors, it is questionable how long this shared outrage alone will be able to fuel the movement. While the Pew Research Center’s findings reveal that the majority of Americans believe the rich are getting richer and the poor are getting poorer and that the government does too much for the wealthy in America, the stark reality is that the majority of the 99% are still behind their television and computer screens as passive bystanders to the demonstrations. Different socioeconomic groups within the 99% will have contrasting interests and incentives to join and continue supporting the movement. How much reform are we looking for? How much are we willing to sacrifice for the cause? What direction should the movement take? The point is, the list of questions that can potentially divide the protestors can go on forever. Even if the leaders come out with a clearer list of goals, it is crucial that this new agenda penetrates through the differing interests and provides strong incentives to sustain the existing broad coalition of protesters.

The voices of the protest are being heard. The forces unleashed are truly powerful. However, where this movement goes and how it channels the strong current of discontent will heavily depend on how the leaders can respond to the needs of its supporters. While as part of this 99%, I would like to see the demands of the movement materialize into meaningful reforms, obstacles born out of the same strength of the movement jeopardize the movement’s coalition. Hence, the movement vulnerably stands in front of a critical junction: will the 99% turn out to be an elixir of numerical strength, or a self-perpetuated debilitation that disintegrates the movement from within?

Previous:
APEC USA 2011: A Test of Responsiveness to the Eurozone Crisis
Next:
KORUS Frozen in South Korean Parliament