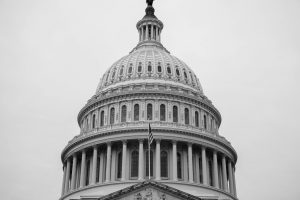 Part I of this post can be found here.

After undergoing readings in October and February, the draft anti-terrorism law was not submitted for a third round of discussion in March, without which it cannot be passed. So why did China back down (and has it really backed down)?

It’s possible that Beijing is trying to make nice with Washington so the two countries can wrap up a bilateral investment treaty (in the works since 2008) before Obama leaves office. Maybe Xi Jinping remembered that he has to make his first state visit to Washington in September. Some, including Obama, have argued that the new laws would have been hurtful for China, as many foreign firms would rather pack up and go than give up the secrets of their trade, leaving Beijing without access to innovative competitors and cutting-edge technology. Some suggest that Xi is pigeonholing the law as diplomatic ammo, perhaps hoping to leverage it for some political quid pro quo in the future.

Adam Segal at the Council on Foreign Relations suggests that it was a unified, public opposition strategy by firms and governments across the U.S., EU, and Japan in 2003 that convinced China to revise a wireless infrastructure standard from one that would have included implicit technology transfer to Chinese firms. The same strategy appears to have worked this time, but it’s important to note that China’s demands have grown more audacious. In 2003, Beijing wanted foreign firms to “collaborate with” (read: hand over technology to) domestic firms. In 2007, it established a “Multi-Level Protection Scheme” (MLPS) policy to promote the use of indigenous technology in strategic sectors like banking. In 2010, China also softened rules in its first Compulsory Certification Program that would have forced foreign firms to disclose source code for security purposes. The proposals this time, however, wanted foreign firms to hand over data directly to the government, and mandated, rather than recommended, the indigenization of technology infrastructure. What China wants from the world, and what it thinks it can get, are both changing rapidly. 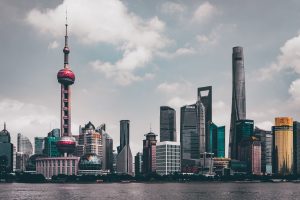 It’s most likely that China decided it just isn’t ready yet. Premier Li Keqiang and President Xi seem to have their hands full trying to keep China’s domestic economic house in order, with growth this year projected to slow to around 7%. China is still mostly reliant on Western technology. Forcing all its banks to switch to Chinese-produced hardware would have been nigh impossible, as Chinese tech producers aren’t yet advanced enough to supply some of the enterprise hardware that banks need to run a modern operation. Equipment made by MNCs still makes up 90% of high-end servers and mainframes in China. Official government releases have stressed connectivity and partnership as themes for diplomatic relations in 2015. Beijing certainly has to keep singing the refrain of “peaceful development” if it wants the renminbi to become an IMF reserve currency.

Is the fight over? Not by a long shot. For one, it would be child’s play to bring the proposed law back out again and pass it. (As one might expect, the People’s Congress doesn’t suffer from U.S.-style congressional gridlock.) That is why earlier this week, a number of trade interest groups from the EU and Japan, and the American Chamber of Commerce, sent a letter to the Chinese committee on cybersecurity (created and led by Xi Jinping) urging the leadership to formally close the book on the proposed guidelines in writing, and expressing concern that protectionist policy seems to be progressing on other fronts.

As China Digital Times notes, Beijing has stepped up its promotion of “internet sovereignty,” which is a claim it uses to argue for policies like the localization of data servers within its borders. Earlier this year, China, along with Russia and its four Central Asian partners in the Shanghai Cooperation Organization (SCO), submitted to the UN Secretary General a proposed update to their International Code of Conduct on Information Security, which calls for new international laws for the governance of cyberspace and underlines the importance of “cyber sovereignty.” (The Code has not been adopted by the UN, which has maintained since 2013 that the Charter and international law apply in cyberspace.)

Sino-U.S. IT tensions show no sign of cooling down. Things seemed to be improving in June 2013, when Obama and Xi met, pledged to improve mutual understanding in issues of cybersecurity, and set up a joint U.S.-China Cyber Working Group for collaboration between the two nations. But China left the team after the Department of Justice indicted five Chinese hackers from the People’s Liberation Army (PLA) last May. The U.S. amplified tech tensions in the beginning of April, with the Department of Commerce blocking exports by Intel and other chip manufacturers to Chinese facilities that it suspects are connected with Chinese attempts to build up nuclear capabilities.

As China ramps up its online traffic monitoring and censorship capabilities, decisions by frustrated foreign firms to defer or cancel R&D investments could hurt the pace of innovation and the development of the technology sector in China. Additionally, U.S. cloud computing firms like Amazon and Google have gotten caught up in an ethical dilemma over whether to continue providing tunneling services that allow Chinese dissidents and political activists to circumvent the “Great Firewall,” in the face of stringent disapproval from Chinese censors. Xinhua, a mouthpiece for the Communist Party, recently published an editorial criticizing the U.S. for “habitual defamation” and “slander” against Chinese cybersecurity policies. Not exactly rhetoric that bodes well for future collaboration.

Trade in technology has become the battleground for political and security tensions that don’t seem to be on their way out. Allan Friedman, research director of the Brookings Institution’s Center for Technology Innovation, suggests that we could see a “global trade war” over IT regulation if major players in the world IT market, like the U.S., China, Brazil, and India, continue to tie national security to free flows of information.

Previous:
Unemployment Crisis Among College Graduates in Japan and South Korea: Are Chaebols and Keiretsu the Solution? Look again.
Next:
Why China Changed Its Tech Policy (And What It Means For Cybersecurity And Trade) – Part I