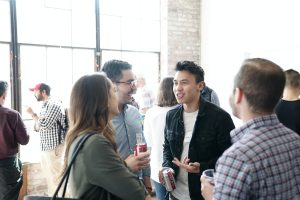 According to the 2012 World Bank World Development Indicator, the college enrollment rate in Japan and South Korea is at an all-time high: 61% of high school graduates entering college in Japan and a remarkable 98% high school graduates entering college in South Korea. Yet increasing educational attainment has not been able to ease the unemployment problems among the recent graduates in both countries. On the other hand, only 31.2% of college graduates in Japan and 35% in South Korea have found difficulty securing a full-time job upon finishing their education in 2011. This gap between the high number of college graduates and the low number of full-time jobs, however, does not simply mirror the lack of job opportunities. Interestingly, this gap is driven by risk-averse graduates who voluntarily choose to stay unemployed in hopes of securing a stable job in the long run. However, the Japanese and Korean governments could address this mismatch by supporting their SMEs in recruiting university graduates.

In Japan, increasing voluntary unemployment of college graduates can be attributed largely to the country’s unique corporate structure and culture—the practice of lifetime employment system (shushinkoyou)—that guarantees job security and stability. However, this lifetime job security is made possible mostly in large corporations or in the government, and not in 4.69 million small and medium sized enterprises (SMEs) in Japan that account for 70% of all employment. Due to smaller size, SMEs are perceived as less capable of providing benefits and stability, especially in the times of economic recession, than the large business associations (Keiretsu) such as Mitsubishi, Toyota, and Mitsui that have dominated the Japanese economy since the postwar period. Therefore, recent graduates rather wait for an opportunity to join large conglomerates in the future than work for SMEs.

Japanese hiring system that favors recruiting fresh graduates has also contributed in solidifying the lost generation of jobless youth. Even when the demand for labor increases or the economic growth resumes, employers prefer to hire fresh graduates over the older graduates. The unfortunate graduates who have missed the opportunity now make up a generation called “freeters,”a term that combines the English word “free” and the German “arbeiter,” the part-timed temporary workers or anyone who hops between short-term jobs. However, the penalties that these “freeters” face in the Japanese society such as low pay have only further aggravated the uncertainty of job prospects.

This is not too different in Korea. Working at large conglomerates (Chaebol) or public office has also been equated with job security and stability in Korea. As the number of college graduates increase, it has become increasingly difficult to secure a job at top corporations such as Samsung, LG, and Hyundai. Even for the best-performing students from the elite universities, there are just not enough Chaebols to satisfy the overflowing fresh graduates. Moreover, these Chaebols, instead of creating more jobs at home, expand abroad; their overseas production jumped to 16.7 percent of their total output in 2010 from 6.7 percent in 2005. However, the unemployed in South Korea choose slightly different alternatives than the generation of Japanese “freeters” who resort to part-time work or job-hopping. Although nearly 3 million SMEs exist in South Korea that accounts for nearly 90 percent of its employment, Korean graduates actually exacerbate the unemployment crisis by preparing for the civil or professional exams or studying abroad in the hopes of joining a large corporation.

Conversely, the dominant presence of large and established firms in Japanese and South Korean job market raises a question on the role of the SMEs that actually constitute the majority of employment in both countries. Although the latest G20 report positively assesses the culture for start-ups and entrepreneurships in Japan and South Korea, a 2013 survey by the Global Entrepreneurship Monitor speaks otherwise. According to the survey, both countries have one of the highest levels of fear of business failure among the public with 49.3 % in Japan and 42.2% in South Korea. In both countries, skeptical graduates overlook the growth potential of the SMEs or startups by favoring stable employment opportunities at large corporations, especially during the times of economic downturns.

In response to the reluctance of the university graduates to join SMEs or start their own businesses, the governments of Japan and Korea have both taken a number of positive steps. In order to realize the economic vision of “creative economy” through entrepreneurship this year, South Korea’s Small and Medium Business Administration (SBMA) under the Ministry of Trade, Industry and Energy has announced plans to initiate programs to give financial and R&D support to startups. Similarly, Japanese government has Small and Medium Enterprise Agency (SMEA) under the Ministry of Economy, Trade, and Industry that provides resources to empower SMEs and entrepreneurship. For instance, the government has had initiatives such as capital gains tax deductions and elimination of capital requirements for limited liability companies to create SME-friendly business environment.

However, both Japan and Korea still have room for improvement in encouraging SME employment or entrepreneurship. According to the 2012 IMF working paper, Japanese start-ups predominantly rely on self-finance; in 2009, Japan ranked second to last in venture capital investment as a share of GDP among OECD countries. Korea also ranked among the lowest in the G20 for availability of venture capital funding to entrepreneurs in 2013. On the other hand, the existing programs that connect unemployed youth to the existing SMEs are often designed specifically for the vocational and high-school graduates in Korea and “freeters” in Japan which have done no more than reinforcing the negative perception that the SMEs are not attractive to college graduates.

Unlike the past, college degree no longer serves a guaranteed path to upward social mobility in Japan and South Korea; those who are educated are as likely to be unemployed than those who are not. In order to reduce unemployment of this educated workforce, more active government participation in restoring public confidence in the value of SMEs and entrepreneurship seems necessary. If not, Japanese and Korean college graduates with their eyes on the lifetime employment at top-tier firms should not be criticized for their risk-averse behavior. Without real alternatives, many of today’s graduates are still unemployed.

Previous:
Myanmar: The New Tourist Frontier
Next:
Why China Changed Its Tech Policy (And What It Means For Cybersecurity And Trade) – Part II

8 thoughts on “Unemployment Crisis Among College Graduates in Japan and South Korea: Are Chaebols and Keiretsu the Solution? Look again.”