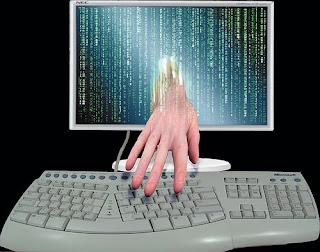 Last week, American and Japanese officials announced that they will join forces to combine Internet-based attacks that disrupt the operations of firms and governments. The agreement came in a meeting between communications minister Kazuhiro Haraguchi and Julius Genachowski, chairman of the U.S. Federal Communications Commission.

This announcement may mark a move in a direction that has long been discussed by U.S.-Japan alliance managers—the broadening of the relationship beyond strict definitions of military security. Given the restrictions on Japan’s military activity due to Article 9 of its constitution, the two countries have often found themselves at odds over the appropriate amount of burden-sharing. While the U.S. was relatively happy to provide for Japan’s protection during the Cold War, when the island nation represented a bulwark against communism, such expenditures have become harder to justify in an era where many wonder what the alliance is targeted against. Moreover, Japanese domestic politics have made the relocation of the Marine Corps Air Station Futenma on Okinawa extremely controversial, creating further tensions in the alliance.

Given these problems, cyber security seems to represent an important area that the U.S. and Japan can cooperate on with relative ease. In the current information age, cyber security is an issue of critical concern, but one that is often discounted—partly because current leaders have been relatively slow to understand the impact and insecurity that new technologies have brought to their countries. These issues made headlines earlier this year, thanks to the accusations made by Google about attacks from Chinese hackers, with the possible support of the Chinese government itself. If these allegations are true, they suggest an interesting intersection of traditional and cyber security, illustrating that the two are not as different as we might (like to) think. Given the importance of this issue and continuous comments that Japan does not contribute enough to the U.S.-Japan alliance, cyber security seems like a perfect area for Japan to focus its attention—it certainly has the resources and knowhow to do so, and since its participation would not require “military” contributions, Article 9 does not represent a constraint.

This proposition is not uncontroversial, however. Some alliance managers believe that adding new dimensions to the alliance may only serve to distract the two countries from what should be their top priority: ensuring the military security of Japan and the Asia-Pacific region as a whole. From this viewpoint, cyber security should be dealt with in other forums, and Japan’s contributions on the cyber security front should not be taken as substitutes for traditional military cooperation.

While the latter perspective raises important concerns about keeping bilateral priorities straight, cyber security seems less of a distraction than environmental cooperation or a host of other things that have been suggested as potential areas of growth for the U.S.-Japan alliance. As illustrated by the previous Chinese example, cyber security is intimately intertwined with national security. As Japan and the U.S. continue to work on information sharing and greater military coordination, it will be important to make sure that this information is safeguarded from would-be aggressors. And it seems like Japanese leadership on the issue would represent an area of real contribution.

Japan and the U.S. agreed to lead discussions on the issue when they attend an APEC ministerial meeting on telecommunications and information in Okinawa in October, so we will have to wait to see what kinds of goals the two countries will set for themselves. Japan seems to be moving forward with steps to increase its own domestic cyber security. Yesterday, a government panel worked out a set of information security strategies featuring steps against Internet attacks to be taken by the public and private sectors over the next four years, including training to minimize the damage of attacks against vital infrastructure (computers at railways and financial institutions, for example) and developing a damage prevention system. So perhaps Japan is taking this matter seriously. In any case, both the U.S. and Japan seem to be recognizing that the world has changed—it remains to be seen if they will redefine their military alliance in response to these new realities.